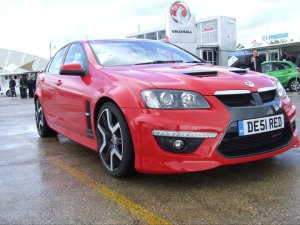 IT was somewhere near Milton Keynes that my right foot finally, after 13 hours of near constant-driving, began to throb.

The easiest and quickest way to get from the Millbrook Proving Ground, where I’ve just spent another day speed-dating cars, to the bit of the north west I call home is to head up the M1. Unfortunately, a nasty accident meant it was shut, so my photographer and I ended up snakng through the nation’s favourite New Town instead, through what must be the world’s longest traffic jam. But I didn’t care, because it ended a day of motoring moments I’ll never forget.

In true Life On Cars tradition, there’ll be full road tests of each of the 15 cars I tested appearing on here in the coming weeks but for now I can tell you that:

But the real star of the day, unbelievably, was the Rover 200 I’d used to get there. Sure, it doesn’t have the polish, the precision or the punch of any of the new cars I drove but it didn’t complain once, munching up hundreds of motorway miles quietly and comfortably.

I’d set off from Southport at 4.30am, snaked through traffic for hours on end in Bedfordshire and covered more than 400 miles, but when I finally rolled up at 11 ‘o’ clock last night I was unruffled, relaxed and full of praise for the Rover. On a day where I’d had all sorts of shiny new cars at my disposal, it was a comfy cruiser which impressed endlessly.