THERESA May is definitely the most Prog Rock Prime Minister that Britain’s ever had. Regardless of whether you voted Remain or Leave you’ve got to hand it to her; the outro for Brexit is way longer than anything Genesis or Pink Floyd could have rustled upSo I’m mightily relieved that over the weekend – day 4,372,918 of discussions over the nation’s EU departure, to be exact – the national press had something other than Theresa’s comeback gig to tune into, and just to get things off politics it was motoring-themed, too.

Nope, not whether it’s right that a 97-year-old who pulled out in front of some suspecting drivers should be told off for being spotted not wearing a seatbelt barely a day after being involved in a horrendous collision. Or the shock discovery that the husband of Her Majesty the Queen is given a Land Rover Freelander – a car that’s been out of production for nearly five years – to tootle about in.

In fact, the thing that got quite a lot of people wound up was some AA research revealing that at least ten local councils are considering introducing charges on workplaces with more ten parking spaces that works out roughly at a grand a year, per person. It worked a treat in Nottingham – so now Edinburgh, Glasgow and parts of London are playing with the idea too.

Go for it, London – you can handle it, if your swanky DLR, Crossrail and Croydon tram network is anything to go by, and I reckon Glasgow and Edinburgh are well connected enough to make it worth their while, too. But I can’t imagine that the mate of mine who drives half an hour from Birkdale into Rainford every morning would be terribly thrilled at having to fork out an extra £1000 for the privilege – or face a journey that’s three times longer, massively more expensive and which he has to take all his tools on the bus with him. Equally, I’d love to take the train rather than the car into work from the quiet market town where I live – if trains and buses ran that early.

Parking levies only work if people have a realistic choice in the matter. I’m sure it’s fine if you live in Bootle and work in the middle of Liverpool, but what if you live in a small village in one of the remoter bits of West Lancashire? The AA called the plans a Poll Tax on Wheels but I’d go further than that – it’s picking on people who, I’d put my not-terribly-well-connected house on, are driving into work because that’s the only option they have.

The only crumb of comfort is that it’s something that’s only being considered by individual councils rather that being a nationwide, blanket charge that’s been dreamt up in Whitehall – but then I suspect that the Government’s a bit busy with other things right now.

Like reminding Prince Philip that it’s about time for him to replace his Freelander with a Discovery Sport, for starters… 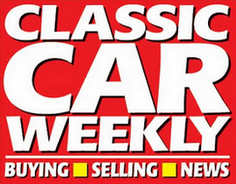