IF YOU want to know who the gatekeepers are when it comes to what is – and what isn’t – a classic car you have to think literally. Often, it’s the people in hi-vis jackets manning the entrances at your nearest car show.

Normally if I’m approaching in my MGB, I could put my house on being waved through with a warm smile (unless it’s a show catering solely for hotted-up Subarus, of course), but I’ve approached in many a car where it could go either way. At one show I was given an appreciative nod because I’d shown up in an MG ZR, which for all its rock-hard suspension and mesh grille is basically your mum’s Rover 25 with a snazzier badge. Yet barely a week later a Ford Puma, a swoopy coupe that did wonders for Ford’s image when it was new, met with a solemn expression and an outstretched arm pointing me in the direction of the public car park, alongside all the Vauxhall Insignias and Kia Cee’ds.

So what advice could I give the chap who emailed from Crosby the other day, pondering whether his beloved Volkswagen Lupo GTI has made it to classic car-dom? This petite hot hatch is essentially the early Noughties predecessor to today’s Up GTI, and shares its no-frills, lightness-added sense of fun. A lot of what made the original Golf so much fun lives on in both.

It has an awful lot going for it, but because it’s the equivalent of an 18-year-old queuing up for a nightclub with a freshly-shaven face, wearing trainers – I wouldn’t be surprised to see it being turned away at the door. The Lupo GTI has a few years yet before it’ll be accepted just about everywhere – turn up at Goodwood or Brooklands in one, for instance, and the gatekeepers will probably laugh – but show up to one of the many Veedub-specific shows across the country this summer and it’ll be met with appreciative nods and quiet mutterings of what a corking – and rare – car it is.

Despite the Government’s best efforts there is no hard and fast rule as to what constitutes a classic car, and I’m glad that there isn’t. One of the questions my Lupo-owning friend pondered was whether cars made between 2000 and 2010 now count as classics, but it’d be too simplistic to argue that a mid-spec Toyota Auris, for instance, is one simply because it was made in the same era as the little GTI. The Teletubbies got to number one barely a few weeks after The Verve’s Bitter Sweet Symphony didn’t – but does that mean it’s stood the test of time?

Some things become classics overnight, and for some it’s a slow-burning process that takes decades. I’ve always reckoned the most important thing is how much time and love people put into them – and it’s the same for VW Lupos, Morris Minors, Triumph motorcycles, steam locomotives, and copies of Bitter Sweet Symphony.

Just be prepared for a man in a hi-vis jacket to disagree with you. 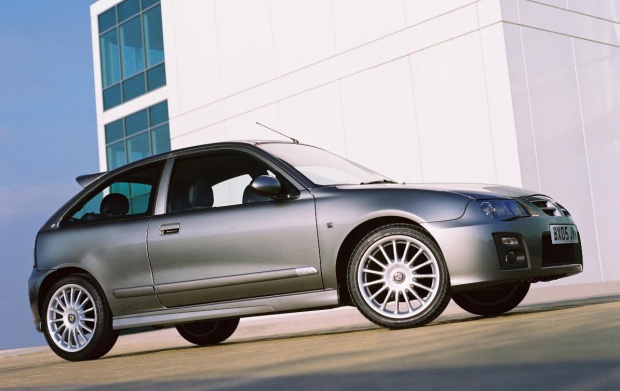 WHAT’S the hottest you’ve ever been? Chances are it’ll be mid-gulp during a particularly brave visit to an Indian restaurant, or during that holiday to Majorca where you and your mates forgot to dab on the suncream.

For me it’s always going to be an assignment that involved watching Ford GT40s powering around the Catalunya circuit – it’s a rotten job, I know – but last weekend very nearly edged it. If you want to ramp up the hottest day of 2017 to extra degrees of stifling discomfort, just chuck a car into the mix.

The one at my disposal was an MG ZR, which you’ll no doubt remember as being a Rover 25 with a bodykit and really stiff suspension. It’s a lairy, chuckable hot hatch in the old-school sense of the phrase, but being a 14-year-old car made on the cheap by MG Rover it has no aircon whatsoever.

So coming back to it after a car show – with it having spent nine unbroken hours in 30 degree sunshine – meant having to take a rather more cautious approach to driving.

For starters it might have been 30 degrees on the outside but on the inside the temperature was probably closer to what you’d find on the Sahara. Putting your hands around the steering wheel felt more like grasping a freshly cooked Cumberland swirl – only minus the oven gloves. The ZR’s also fitted with part-leather seats, which normally add a touch of class to a teenage hatchback but last weekend felt like having two small ovens burning into your shoulders.

The little MG did at least managed to keep its cool in traffic – which is more than I’d be able to say of my MGB in the same scenario – but driving it even for an hour, with every window wound down, was unbearable. It makes me wonder how everyone racing at Le Mans, managed to sit in even hotter climes last weekend and do a bit of racing while they’re at it.

But if you aren’t lucky enough to have air con fitted there are a couple of things you can do. Drive early in the morning or later at night, when it’s cooler. Leave the windows partly open if it’s safe to do so. Make sure your engine coolant’s topped up, and whatever you don’t leave any children, dogs or other vaguely cute things strapped in while you pop to the shops.

Oh, and don’t leave it for nine hours in the baking heat at a car show.