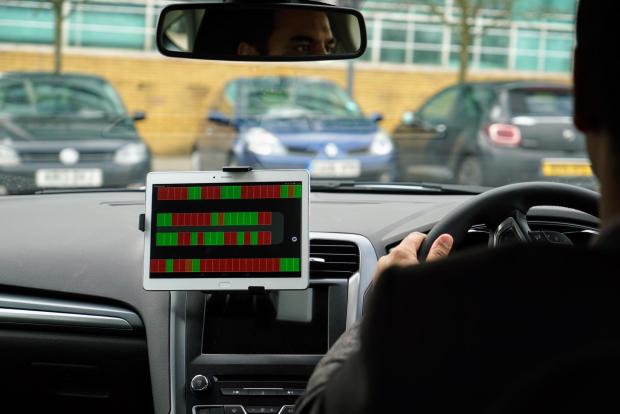 A LONG time ago the blistering heat of the California desert or a fortnight spent in the bitter cold of the Arctic circle were what counted when it came to developing your new car. But it turns out that the latest battleground for motoring supremacy is… Milton Keynes.

Ford dispatched a fleet of Mondeos fitted with some very clever experimental equipment there and – in the best traditions of Tomorrow’s World – a man with a beard and a tweed jacket to attempt to explain their cunning new plan. Essentially, they’ve sent a team of drivers out into this glorious 1960s vision of a New Town and asked them simply to park somewhere. Which, if you’ve ever been to Milton Keynes on a busy Monday morning, can be easier said than done.

If all goes to plan, the Fiesta or Focus you buy in a few years’ time will be able to scan the car park quicker you can, letting you know exactly where that elusive empty space is before the irritating birk in the BMW 1-Series swoops in and steals it at the last second. It’s important stuff; apparently most of us motoring types lose a day a year looking for parking spaces.

Naturally, Volkswagen wasn’t going to let Ford take all the credit for solving our parking problems forever, and just a few days later put out a press release pointing out that it’s been honing its Park Assist system for more than 20 years across three generations of tech, and is now working on an app that’ll talk to your Golf and let you know where all the empty – and better still, cheap – spaces are.

The fact that the combined brainpower of at least two motoring giants is finally being applied to making parking less irritating is wonderful, but what I’m really looking forward to is seeing the Fiestas and Polos of a decade’s time solving the really annoying problems of car parks. Wouldn’t it be great, for instance, if they could fire lasers at all those off-roaders parked diagonally across three spaces? Or have anyone who clips your bodywork with a carelessly-opened door automatically arrested on the spot and sentenced to four years’ hard labour for automotive neglect? I’d go out and buy a new Golf tomorrow if it knew what to do when the ticket reader at a multi-storey stops working, leaving you trapped with six impatient shoppers stuck behind you.

What I’d suggest to Ford is that carries on its important research in the interests of helping the British public by moving its crack team of Mondeo-driving scientists a bit further north than Milton Keynes.

If they – or Volkswagen’s researchers, for that matter – can solve the stresses of parking in Southport town centre or the Skelmersdale Concourse for good, then their millions will have been worthwhile.